Viv’s mum passed away in October 2018, then her dad died 4 months later after suffering from dementia. She felt alone and lost, not wanting to burden friends and family, and facing resurfacing grief from her brother’s death 4 years earlier.

Viv bottled up her complex feelings, “I felt that I had lost my purpose in life. There were also feelings of relief and then guilt after my dad died and I was worried that I wasn’t talking about any of it.”

When she was feeling particularly low, Viv found the helpline number on the Cruse Scotland website and made the positive step forward of giving it a call. “From the very first conversation, I felt that everyone I spoke to was someone that I could really talk to and who understood how I was feeling.  It also helped that it was someone that I didn’t know.”

Viv was offered one-to-one counselling. She remembers that the rooms felt safe and private, and she was immediately put at ease by the counsellor; “This was the right place to be. I was scared to start talking as I had built up a dam around my feelings and I didn’t want to break that down. However, counselling provided the space to talk, think things through and express my emotions.”

When Viv felt ready to stop counselling sessions, she was offered to join Step-by-Step, Cruse Scotland’s local peer support group. She says, “Joining the group has made me go out and about and meet other people. Even though we are all different, we are all there for the same reason. My mum would be pleased that I was coming along and trying new things!”

Viv knows there will be ups and downs ahead but feels more able to weather them with the ongoing connection to Cruse Scotland, and the support that Step-by-Step provides. 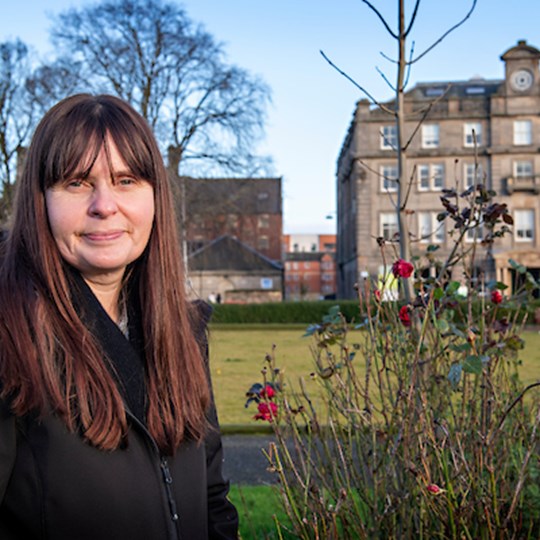