Following the sudden death of her son, Lilian studied to become a counsellor and help others experiencing loss.

2020 was an exceptionally hard year, not least for those who faced bereavement. Cruse volunteer, Lilian, can particularly empathise with families affected by COVID-19. Her own son, Daniel, died in 2002, aged just 21, from an unknown virus which migrated into his brain and killed him in six short days.

Lilian, her family and Daniel’s friends were absolutely devastated. He had been a fit, healthy young man prior to this. Lilian describes it as a surreal nightmare and remembers carrying Daniel’s ashes home in an urn, unable to relate this to the handsome, strong boy her son had been just a few weeks earlier.

As his mother, not only did Lilian have to try to deal with her own overwhelming grief, but also support her other two children and Daniel’s girlfriend. Lilian reflects, “I learned a lot about myself at that time, and I clearly remembered Daniel saying, weeks before he became ill, that I should start doing counselling, which I had previously practiced, and also that I should never become a ‘couch potato’! I took him at his word and decided that I could help others going through the shock and stress of bereavement.”

Having previously volunteered with Cruse Scotland, Lilian decided to undertake a Diploma in Counselling at Glasgow University and returned to the charity armed with a professional qualification, alongside personal experience of grief and loss. She now volunteers for Cruse as a fully qualified Counsellor.

Lilian believes that she can truly understand what people are going through when a loved one dies, having experienced the devastation, the mixed feelings of denial and disbelief, anger and guilt which often accompany such a loss. She also feels she can offer hope; showing that people can ultimately come through this life-changing experience and still live a meaningful life, as she has done. 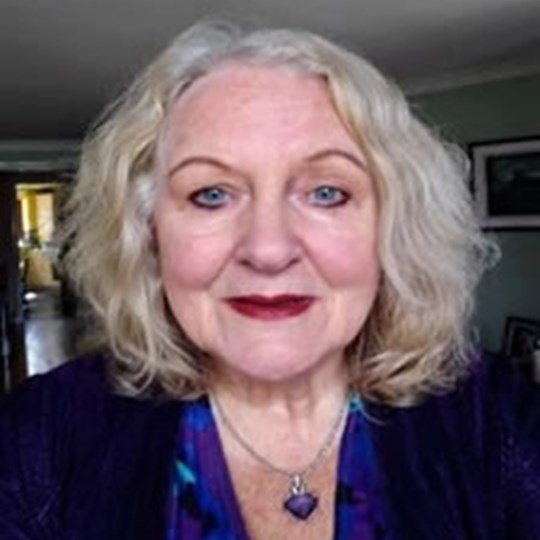